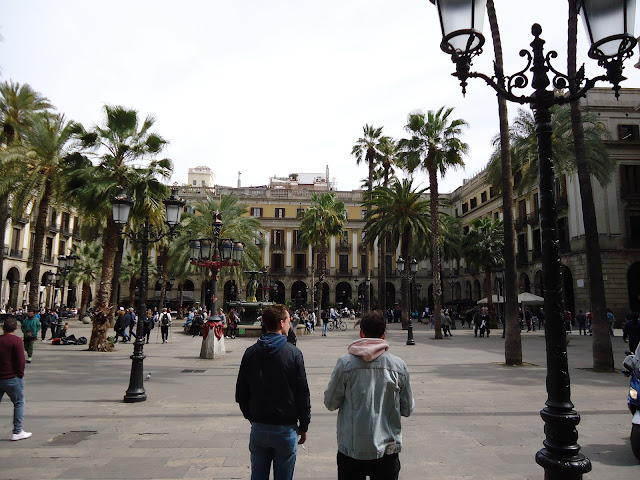 After Casa Vicens we wandered a while and at one point had a snack in a cafe in this charming courtyard we found. We then went to the neighborhood of Sagrada Familia in hopes of getting in, but tickets were already sold out for the day. This is a problem we encountered more than once. Anyway, here are some exterior shots.
Post a Comment
Read more 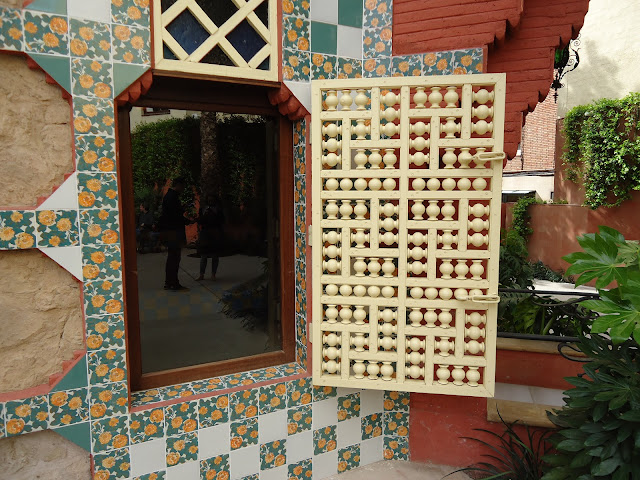 This day we decided to start out by touring Casa Vicens, which was literally around the corner from our hotel in the Gracia neighborhood. This is the first house designed by Gaudi, and was a country house for the Vicens family. During our tour the guide said that the foundation that restored the house paid 27 million euros for it, so I guess the 16 euros they were charging to get in was more understandable. In any case, it was spectacular, and they have done an amazing job restoring the house. This porch was amazing. I love this door. The interior of the amazing porch. Just beautiful design here. This is the smoking room. View of some of the grounds from the roof. A view of the neighborhood from the roof.
Post a Comment
Read more 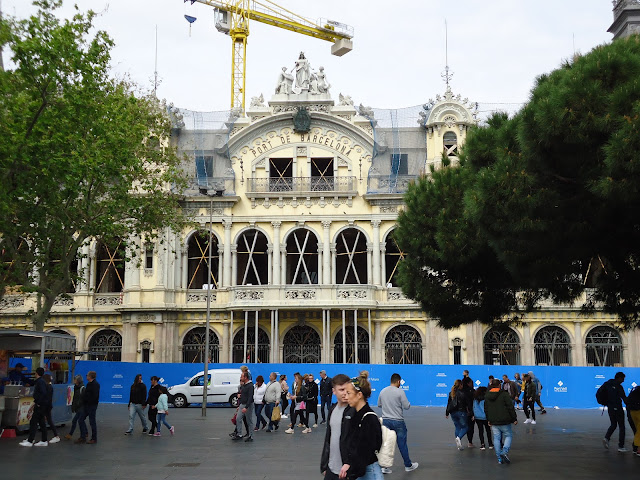 After the maritime museum, we walked around the marina area. The original port building. Looks like it's going to be pretty cool when the renovation is complete. A better shot of the CC monument. A nice view of Montjuic. The 1% harbor. More of the 1% harbor. Later on you got into the real yachts. Holy crap. Some of these things were the size of a naval cruiser. This is the .01% harbor. A panorama of the super yacht harbor.
Post a Comment
Read more 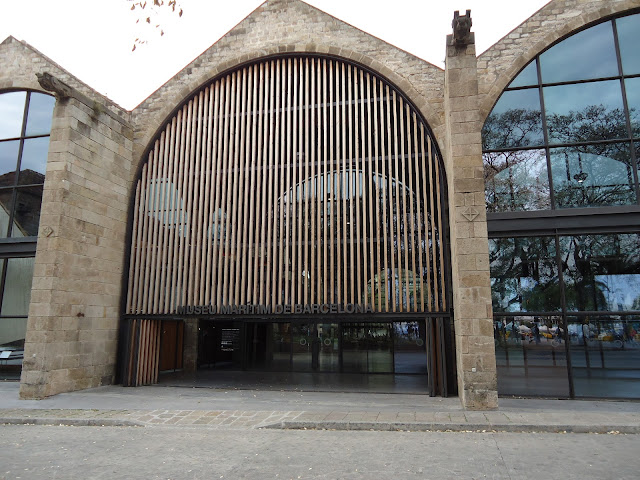 We also went to the Barcelona Maritime Museum . This amazing museum is located in the old shipyard building dating to the 1400s. The building itself is really cool, and the displays are great. Entrance to the Maritime Museum. The star exhibit is an exact replica of a 16th century slave galley. It was made in 1972 to celebrate the 500th anniversary of The Battle of Lepanto (really important if you've never heard of it ).  If this was the only thing in the museum it would honsetly have been worth the very modest (4.5 euros) entrance fee, but the rest of the museum is great as well, and is very good about having displays include English descriptions. Anyway, on the the galley, apparently an exact replica of a specific galley that fought in the battle. Here's a model of the ship. The rudder. Stern shot. The nice part of the ship. The very not nice part of the ship.
Post a Comment
Read more 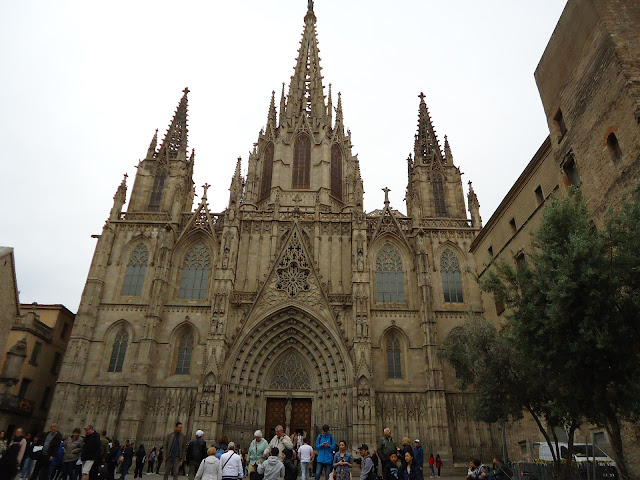 Barcelona Cathedral Another shot of the remnants of the aqueduct. This is an antiques market that takes place in the plaza in front of the cathedral. Aqueduct and a busker. This facade was decorated by Picasso. The Christopher Columbus monument. It is here because Barcelona is where he reported to Ferdinand and Isabella when he returned from the New World.
Post a Comment
Read more 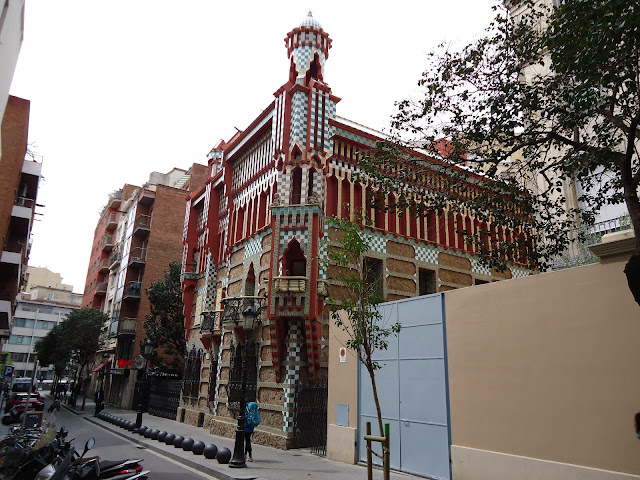 It immediately became apparent that we made a good choice staying in the Gracia neighborhood. It was so much quieter there, and so much more like a real neighborhood. Within a one minute walk of our hotel were a bakery, a pizza place, a supermarket, and a subway station. There were also several great restaurants in the area. One we went to twice is a local chain (there are four in Barcelona I think) called Macchina Pasta Bar. This is what we would call a fast casual place in the US, you order at a counter and pay and then they bring the food to your table. In this case, you pick your pasta, and your sauce, and any additions you want. It was actually really good. The second time we went there I got the lasagna, and I have to say it was some of the best I have had in a long time., and probably the best I have even gotten in a restaurant. Casa Vicens, the first private house Gaudi designed, was located literally around the corner form our hotel. Here is an exterior shot.   This had r
Post a Comment
Read more
More posts